We are camped in King’s Canyon NP, but most of it is closed due to a large fire they are recovering from.  So we did some exploring of Sequoia.  The trees are awe inspiring, and there are thousands..  General Grant and General Sherman (named during the Civil War) are the largest with General Sherman being the largest in the world.  It is difficult to show their true size in pictures, but I tried! 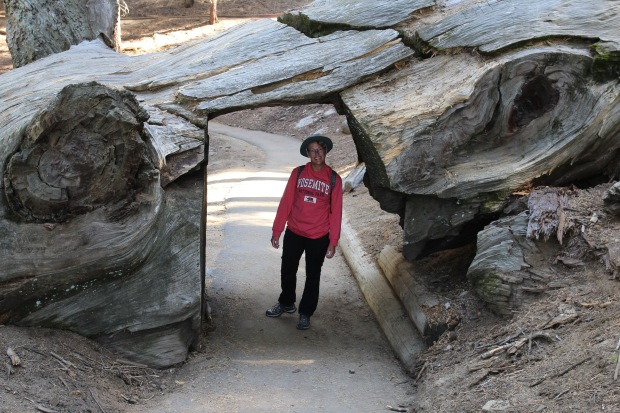 We then hiked a loop around a meadow because there is suppose to be a chance to see bears. I’m not sure if I really want to, but as it happened, none in sight anyway. There was an old cabin this man build using a tree for the back wall and room, on the trail. 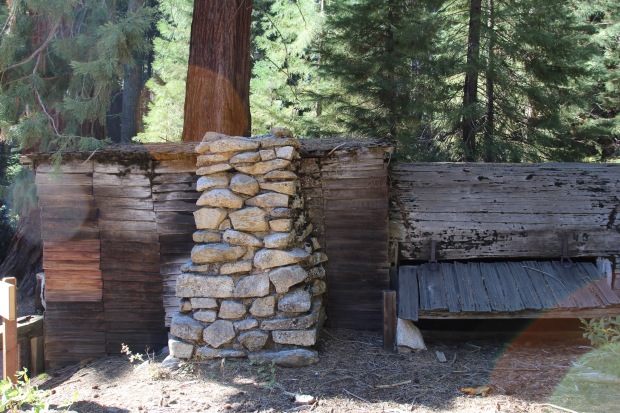 This park has way less people than Yosemite and the quiet well walking through the Sequoias was nice. Again, the people in the park were at least 50% from other countries. All countries, but a lot of Europeans. After a nice shower and a Tex mex foil pouch meal, time to enjoy the fire. Not sure where we are going tomorrow, my plans for Kings Canyon aren’t going to work out due to the closures.